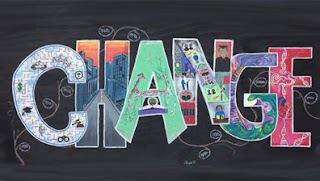 "What am I supposed to do, as a anti-racist white woman"..... I asked this to a friend of mine who is Black that I love, respect, adore, call my family, my work husband, my friend. I asked this because I am sitting here, not knowing how to respond to everything that is wrong in our country. It's not about politics, it's about racism..There should be a bigger word... cause this is bigger than....well everything.... I don't even know what to say or do.... White men can go to the Capitol in my State, just last week,armed with guns and Nazi flags in protest of the fucking Hair salons being closed or having to wear a mask in public.... BUT a man, a father, who was unarmed cant go to the fucking store with out being handcuffed and kneeled on for 9 minutes begging and pleading that he can't breathe until his death-that was filmed-and nobody could do a damn thing about it. A black woman just a couple days ago 10 minutes from my home can be brutally beaten by a white cop for no real reason either. Or what about Ahmaud Arbery who was unjustly shot and killed for jogging through a neighborhood? I say these are unjust because if it was ME, in both any of those situations we all know that it would have gone a totally different way. I am not writing this for debate...there is nothing to debate here. There is something seriously fucking wrong here.

I asked my dear friend last night whom I mentioned earlier, through tears and anger, frustration, and a million other emotions running high…. What do I do? He is a very successful Black man, a father, a husband, well educated, man of God. I asked him on a whim because I feel helpless. I saw a post on facebook from a friend who is Native American, who has been actively protesting the past couple days post some things that probably more than 10x I have tried to write a response to only to delete it every time…. Her posts said “Why are we not seeing thousands of white "allies" rioting and protesting in the streets right now?” and another...“Vocal about the looting.Silent about the murder. I see Ya’ll” and her cover photo says “ White Silence=Violence”.

I have started to write post after post… started to share article after article… only to delete each and every one. WHY? Well it sure isn’t because I don’t care. It sure as hell isn’t because I am wanting to be silent. And it definitely is not because I am not outraged by the racism in our Country, by our Police and by our very own president. I thought at first it was due to FEAR…. Until I looked up the actual definition of Fear…..” An unpleasant emotion caused by the belief that someone or something is dangerous, likely to cause pain, or a threat fear is the most general term and implies anxiety and usually loss of courage.” NOPE I am definitely not in Fear of danger, pain or threat…. And I definitely have not lost my courage…. So what is it? I know that I worry that I am going to say the wrong thing so I stay silent. When I talked with my friend yesterday… I felt comfortable doing so because I know he knows all my questions are coming from a place to better understand where my place is in all of this and what can I do about it in the right way. I have been doing my research and came across this article written 2 years ago…. The Author is white and a pastor and the title of the article is “We can’t be afraid to talk about race.” she says “This widespread phenomenon of white people wanting to guard themselves against appearing stupid, racist or radical has resulted in an epidemic of silence from people who care deeply about justice and love for their fellow human beings.” she goes on saying “Friends, may we continue to ask good questions and have brave conversations and listen deeply to the things that keep us separated. Because we don’t want to be. We want to be better together.”

I remembered a conversation I had with my ex-husband 20 years ago when we were married. He grew up in Milan, very strict catholic family, and very isolated. Honestly, he barely stepped out of his comfort zone of a town. The only traveling he had ever done was to the south of Michigan. And he definitely wouldn’t have ever considered just taking a trip to Detroit. Then he met me. A girl who was raised in a very diverse city of California, adopted by two amazing parents. I don’t remember them ever having a conversation with me about race. You just love everybody. I had friends of all races hanging out with me growing up in my neighborhood. White, Mexican, Black, Asian, Portuguese, and every race in between. I don’t remember ever even thinking about what race my friends were.

So here I was, with a man who to no fault of his own, was very racially isolated. He wasn’t racist by any means. But when I said “Hey, lets go to Detroit and make a long weekend of it and tour the city” He thought I was bat shit crazy. I was new to Michigan, I wanted to explore. I wanted to see culture I haven’t seen. I wanted to take in the history of an amazing city. Without batting an eye, he agreed. And as we walked down the streets of Downtown Detroit, looking nothing like it does today. I could see fear on his face. And I didn’t understand why. I knew there was some chance of us not being safe… not because we were white… or because we were in a city with high crime… but because we weren’t from there. We were outsiders. And all I remember thinking and saying is “just keep your head up, look everybody in the eyes and smile with respect and love”. This wasn’t taught to me by my mother and father… this was SHOWN to me by their actions. I knew I was safe, because I knew that as long as I showed respect to all that crossed our path, as long as I gave a sign that I accepted and was loving towards each and every person as a human being, then what the hell did I have to worry about?

I bring that story up, because when I asked my friend “what can I do”..... His response was, “You’re doing it. You teach your daughter everything that is wrong with racism by your own example. You have taught her that LOVE is LOVE to all regardless of color of skin. You are loving thy neighbor.” And then he said something that made me really think. He thanked me for asking and having that hard vulnerable conversation with him. And then, he said (I am paraphrasing here) “ I am going to say something that I am not sure how to say….be aware that if you decide to be more vocal about these injustices of racism, be prepared that you very well could lose people in your life, maybe even those you call friends, or lose business, because they might not agree with you.”

We need to have these conversations. We MUST. And I don’t give a rats ass if I lose friends or business over this. I told him that this isn’t about which political Party they are on that might be different than mine. This isn’t about something superficial…. This is about RIGHT and WRONG. This is about the very Moral and Values that I as a human being stand for. This is about justice. This is about LOVING ALL regardless of skin color, age, sex or sexual orientation. This is about humanity. God did not say “Love thy Neighbor…. Except you.you.you, him, her and uhhh you over there” NO he said “Thou shalt love thy neighbor as thyself”. Period.

So here is my message to all of those that feel they shouldn’t speak out or can’t, or are afraid or not sure how. STOP IT! Because nothing is going to change in our society if we don’t help give a voice to those who can’t. Nothing is going to change if we don’t stand up for what is really important in our country-in our world. Go to the Capitol and fight for equality of human rights. Fight for racial justice.  And I am sure as hell not talking about your fucking rights to get a haircut armed with guns and racist flags flying. Declaration of Independence outlined a bold vision for America: a nation in which there would be equal justice for all. More than two hundred years later, it has yet to be achieved. The time is now. And I will stand and fight next to my fellow neighbors and FIGHT!